The Doctor's having a bad day. Not only has his power capacitor overloaded, but he's been sitting on a temporal fault-line for several weeks, and no-one has bothered to tell him. But that's not his biggest problem.

Paul's having a bad day. Not only has he been sent on his first field correction on his own, but he's managed to run into the most famous of all renegade Time Lords - the Doctor. But that's not his biggest problem.

Chloe's having a bad day. Not only is the Doctor refusing to get into the holiday mood, but there's hippies wearing only red and green paint dancing around the streets of Blackpool. But that's not her biggest problem.

From the depths of time, an old enemy of the Doctor's returns, and this time, he wants to kill the Doctor - completely, totally, and utterly, and he's prepared to go to any measures to achieve his goal.

Part One: Chloe is annoyed to find the Doctor has been working non-stop for nearly a week carrying out repairs on the Tardis. They are taking a break at a holiday resort in Blackpool, but Chloe is bored with watching the Doctor working all the time. Despite promising to take some time off and relax, the Doctor continues working all-but uninterrupted.

Meanwhile, the Time Lords detect a temporal fluctuation developing on Earth in 1971. Tlancyravel, a field operative, is sent to track down and correct the disturbance.

After the Doctor and Chloe attend the Illuminations, the Doctor announces he's nearly finished the repair work, and unveils a side project he's also been working on. A neighbour asking to borrow some lentils gets the surprise of his life as K9 mk.IV trundles forward to shoo him away.

Tlancyravel arrives on the Golden Mile, his Tardis cloaking itself around a Punch and Judy stall. The stall's owner, William E. Sims Esq., is mortified to discover he's been locked out of his own stall.

K9 and the Doctor both determine through various means that someone is using a temporal tracking device nearby. They locate the device and find Tlancyravel, who by coincidence has been tracking down the Tardis – while the Doctor's been working on his repairs, something inside has been generating ripples of up to 2.2 on the Bocca Scale.

The Doctor lets Tlancyravel into the Tardis in order to find the cause of the disturbance, and they find the Cloister Bell is tolling. The Doctor leaves to investigate this, and Tlancyravel is struck by a bolt of energy from the Tardis console. The Master revels in this new body, and swears he is now able to kill the Doctor outright.

Part Two: The Doctor suddenly returns, and explains that on a previous occasion, he had trapped the Master in a pure chronal energy form inside the Tardis' systems, and attempted to disperse him throughout the Vortex – apparently without success, it now appears. Checking over the instruments, the Doctor discovers that the Master has escaped.

Chloe takes the news of the Master's escape badly, and reminds the Doctor of the deal they made when she came on board. K9 and the Doctor persuade Chloe to take a night's rest before they deal with the problem.

The next morning, the group find the Doctor's car has been stolen. The Doctor is incensed, and storms off to the local police station, leaving K9 with Tlancyravel to continue their search. At the police station, the Doctor is given some unexpected assistance by Detective Inspector McAndrews, who is also a UNIT operative with a message to deliver: a note from the Doctor to himself telling him to get back on the search for the Master.

The Doctor and Chloe arrive at the Golden Mile, where they locate the Punch and Judy stall housing Tlancyravel's Tardis, and the body of William E. Sims – which confirms the Doctor's suspicions that the Master has been masquerading as Tlancyravel ever since they were inside his Tardis. The Doctor tries to talk to the Master inside this Tardis, but only succeeds in attracting the attention of a policeman, who arrests the Doctor and Chloe on suspicion of murdering Sims. The Master makes use of the distraction to leave.

Part Three: The Doctor and Chloe are questioned over the death of Sims, but only reveal details to Det. Insp. McAndrews, in order to have the matter handled by UNIT. As the group are leaving the police station, they stumble across the Doctor's car – crashed into the building by a joyrider. McAndrews arrests the joyrider, and the Doctor and Chloe take a taxi back to their apartment.

On the night before the Remote Stellar Manipulator mission is due to be launched, Omega finds Rassilon at work calculating last-minute course corrections. Omega tells Rassilon of his wife's concerns for his welfare, and of his own worries over the uses the Remote Stellar Manipulator would be put to if the mission is successful. Rassilon is confident of the mission's success, and promises that he'll go home to his wife and children soon.

The Master lands in a flea market, where he is confronted by an irate stallholder demanding he move his “stall”. He refuses, and attempts to enforce his will on the stallholder, but the stallholder can't be influenced. The Master instead dupes his way out of the confrontation, and escapes. The stallholder and his hired muscle are left struggling to move the “stall” off their plot.

As the Doctor feared, his Tardis has a very rough journey back into Gallifreyan history...

The Master finds Rassilon still at work, and tells him of a fault on the ship that requires attention. They leave immediately for the launchpad.

The Tardis arrives in one piece, on the day of the launch. The Doctor and Chloe deduce that the Master is intending to kill the real Rassilon and impersonate him, taking his place in the history books, which would give him untold power and influence over the generations to come.

At the launchpad, the Master pulls a gun on Rassilon, declaring his intent for Rassilon to board the ship and die with it, one way or another.

Part Four: The Doctor and Chloe are searching for signs of the Master's arrival. Chloe is bailed-up by a flea market stallholder selling “dreamcatchers”, and the Doctor talks him into demonstrating the gadget – which instead replays the stallholder's memory of his earlier confrontation with a man that Chloe recognises as the Master. They question the stallholder over the replay, finding out where the Master was heading at the time.

With Rassilon out of the way, the Master tracks down his wife and children, to ensure they are no impediment to the future he has planned...

The Doctor and Chloe arrive at the launchpad, where they are stopped by a launch technician. Rassilon is missing, and the launch can't proceed without him. Chloe realises that Rassilon is stowed-away on the ship, and the Doctor informs the staff.

After Rassilon has been rescued, he discusses with the Doctor what the Master told him of his plans. Rassilon knows the Master, the Doctor and Chloe are from his future, and he won't jeopardise the timelines by halting the launch. The launch technician interrupts the discussion, breaking the news to Rassilon of media reports that his wife and children have been found dead. Rassilon, while shaken by the news, remains committed to the launch going ahead.

The Doctor and Chloe find Tlancyravel's Tardis abandoned in Chloe's flat. The Doctor sends it back to Gallifrey, with a note inside explaining what has happened. Having finally had a chance to think over all that had transpired during this adventure, and during her time with the Doctor, Chloe becomes distraught over the deaths of innocents she has seen – and Tlancyravel's death in particular, as it occurred due to being possessed by the Master, as Chloe was briefly during her first encounter with the Doctor. The Doctor attempts to explain how and why he can carry on, but Chloe has decided she can't leave her life to fate anymore, and she's leaving.

The Doctor slowly walks to the Tardis, and Chloe watches the ship take off. 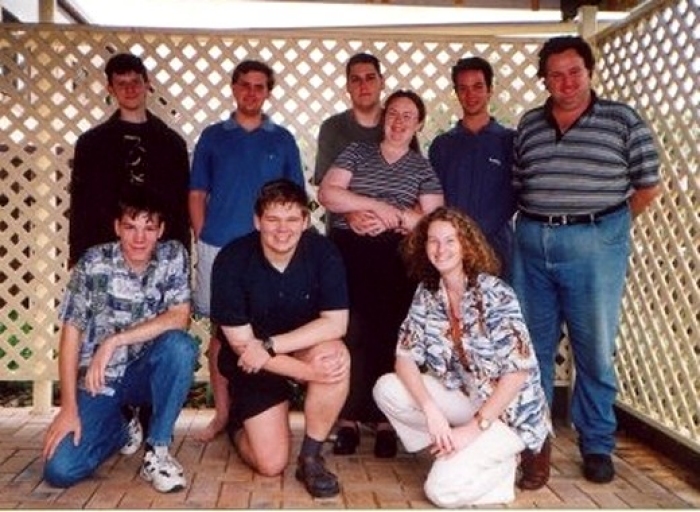 Retrieved from "https://btrproductions.fandom.com/wiki/The_Gallifreyan_Recommencement?oldid=5021"
Community content is available under CC-BY-SA unless otherwise noted.