The Doctor and Guy arrive in Shorncliffe, intending to spend the afternoon having some rest and relaxation after the events in Townsville. Fighting off Autons and Nestene squids is sure to take it out of you, and so spending some time at a quiet beach somewhere seems like just the ticket.

In over a thousand years, there is a particular event the Doctor has rarely involved himself in. This year, however, he isn't going to be given a choice - it's his birthday, and Guy wants to ensure the Doctor has a good time. But will the Doctor manage to live to see his birthday? A certain "outer space robot person" might have other ideas... 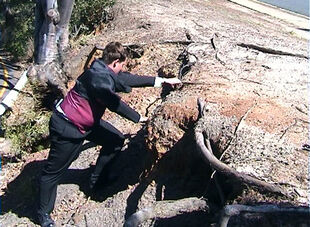 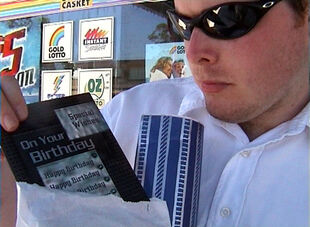 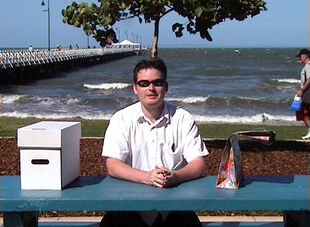 And now, for something completely different 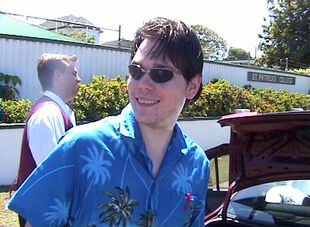 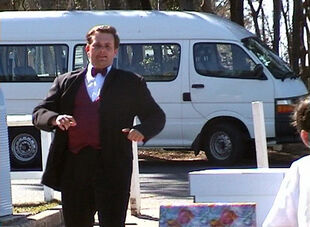 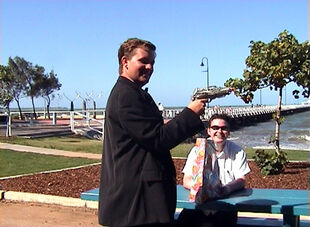 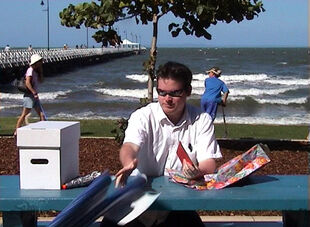 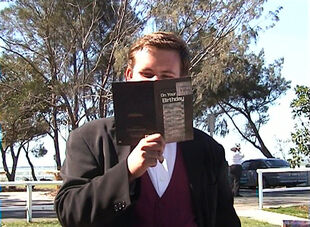 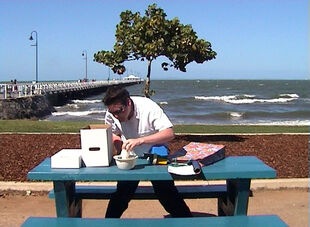 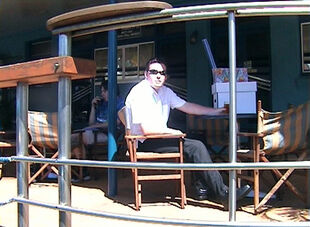 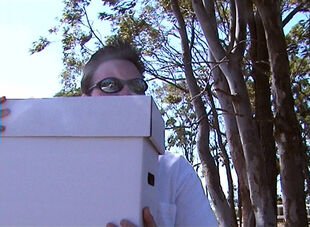 Kane's disguise as a box is not entirely convincing... 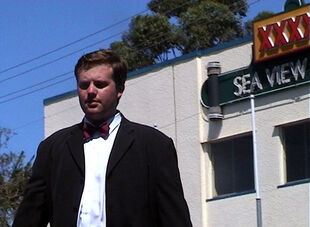 Location Manager gets strategically out of frame 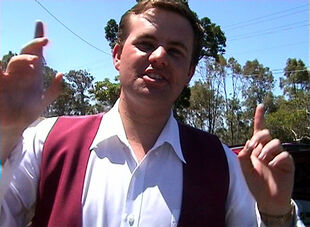 Matthew tries to explain the plot... 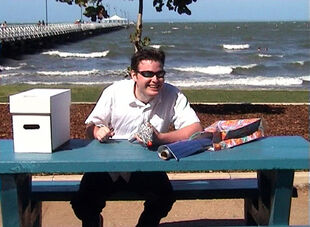 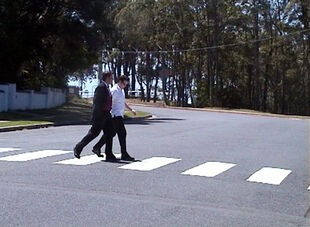 Not quite The Beatles... 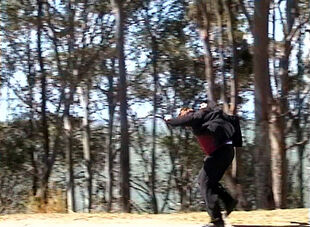 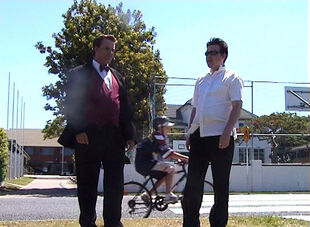 The kid on the bicycle wanted a cameo...
Add a photo to this gallery

Retrieved from "https://btrproductions.fandom.com/wiki/The_Six_Minute_Doctor%27s_Birthday?oldid=4970"
Community content is available under CC-BY-SA unless otherwise noted.